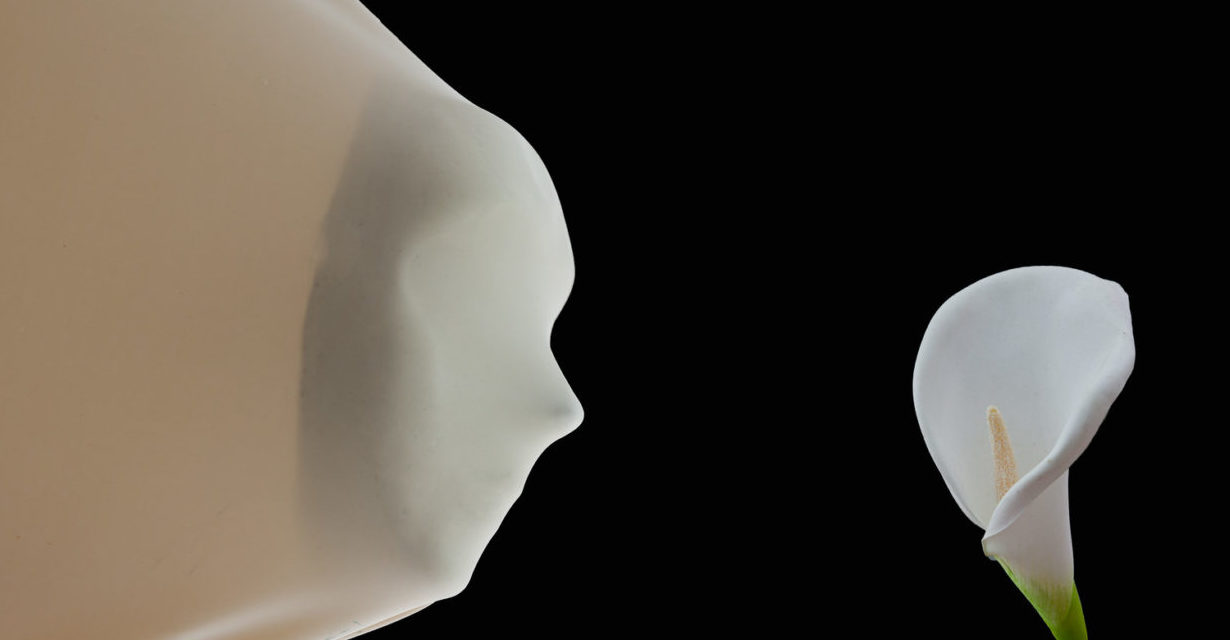 The wheels of oppression keep on turning even when we don’t acknowledge that we are in the car. White supremacists marching and murdering people in the street are white people’s problem, and it’s time to start acting like it.

Or are we still pretending that we’re “over” racism in America? And if we’re not, why did it take a white lady murdered by Nazis on US soil for us to accept what people of color have been telling us since Jim Crow?

The concept of accountability has been prominently featured in the national conversation about racial prejudice. People on welfare ‘should work harder;’ black men murdered by cops ‘should have listened;’ Black Lives Matter ‘should worry about black-on-black violence.’ But where are the accountability warriors now that white supremacists are rallying in the streets? We’re not like them, we’re all exceptional white people with no racist bones in our bodies and no racist friends, either. It’s not our problem, so we’re silent.

White people get to be silent when faced with racism. That is the glorious privilege of looking the same as the most hateful and most powerful people in this country: you don’t have to agree with them to reap the benefits.

Maybe you are still confused about how to feel about racism in America. Maybe you’re white and upset and don’t know where to put it. Here are some suggestions that I hope can help us all sift through our feelings, start dialogues with our peers, and take steps towards building white accountability for racism in America.

Nothing derails a healthy discussion or debate like defensiveness or misunderstandings. I have noticed that many people misuse and misunderstand these three terms, creating knee-jerk defensive reactions that could be avoided with better clarity.

Privilege just means that when the cards were dealt you got a pretty good hand in one way or another. It doesn’t mean all your cards are good, or that you’re going to win the game, and it doesn’t mean that other people will play fair. You were born with an identity that gives you some advantages in society.

Discrimination is different treatment based on being a member of a group. It is usually individual or singular. White people and men can both experience discrimination.

Systemic Oppression is like being dealt an Uno hand and trying to play blackjack with it. You might do fine, you might even end up with a 5 Card Charlie if you’re playing by those rules, but in general the game is stacked against you and you have to work twice as hard to get to the same place.

Inheriting privilege is not something to feel guilty or ashamed about. You didn’t choose it for yourself, and it’s not your fault that the system is built for you. But it is your fault if you have privilege that you refuse to acknowledge or leverage to help others.

One of the many magical benefits of white privilege is that people listen. Especially if you are a white man—that’s like being born with a megaphone in your mouth. Use your voice! Start a blog! Call out racism when you see it! White people hear the message so much better when it comes from the mouths of other white people. Don’t forget that the point is to pass the megaphone, not to keep it. This isn’t about hearing yourself talk. Leverage your privilege to construct a platform for other people’s voices to be heard. Share their blogs and YouTube videos on your own social media platforms. Get people interested in issues of racial prejudice, and then direct them towards voices of color.

Take your privilege, skip the guilt, and make it useful.

Cut The “Can’t We All Just Get Along?” Crap

The ability to even say that sentence is a declaration of astonishing ignorance and blind privilege. No, we can’t “all just get along” because people of color are walking around in fear for the lives of their loved ones because our people are in the streets terrorizing nonwhite humans.

We can either concretely condemn hatred by fighting tooth and nail alongside the people whose bodies are on the line, or we can continue to pretend that this is some kind of fairy tale with no stakes. Even if you’re willing to ignore the continuously unchecked murders of unarmed black men at the hands of police, white supremacist terrorism has racked up a horrorshow body count.

Don’t tell victims of terrorism and violence to find a way to get along. Demand that the perpetrators and apologists stop the violence, or find a way to protect the victims.

If your heart is full of gold and Jesus’ teachings that’s great, but if you’re not doing any real work at all towards ending racial oppression, who cares? It is so easy to sit around and talk about being colorblind and marinate in all the love you feel for all the people on the planet, but it doesn’t stop police violence, it doesn’t stop Nazi rallies, and it doesn’t keep trans women alive.

A great way to be truly accountable for racism in America is figure out how to measure your impact in some way. This can mean anything, really, as long as it’s active. Do something that affects others, otherwise you’re kind of just patting yourself on the back for not being a racist.

Actively Seek Out Other Perspectives

Google is free. There are so many good books and essays and articles already available at your fingertips. People of color have enough work to do—emotionally, politically, socially—without bearing the burden of teaching race to white people. Are you a woman sick of arguing that The Patriarchy even exists over and over to white dudes in the bathroom lines at parties? Yeah, it sucks. It’s our job to educate ourselves here, and then to educate others.

Here are some of my favorites, for a start:

If you like to read fiction, Chimamanda Ngozi Adichie (Americanah), James Baldwin (Go Tell It On The Mountain), Shailja Patel (Migritude), and Toni Morrison (Beloved Trilogy) confront race in America though the medium of novels and poetry. Patel is also a dope Twitter follow.

If you prefer a more direct, nonfiction approach, Ta-Nehisi Coates, bell hooks, and Michelle Alexander have written several extremely important, required-reading-type-books about the contemporary landscape. Angela Davis has something ground-shaking to say about just about every facet of racial justice, from black feminism to to anticolonialism to prison abolition. The Black Panthers had a required reading list for all new recruits that includes Marxist/communist theory and black US history.

There are so many others. That is literally just a list of authors this writer happens to enjoy. Find your own, it’s easy. Here’s a great resource. Ask your friends for recommendations, too! Suggesting that you read The New Jim Crow is a lot easier than explaining the prison industrial complex a billion times to a billion well-meaning white folks.

It sounds so simple at face value, but people in general are actually not great at this one. We do it to women, too. It can be difficult to believe that people have experienced realities so radically different from our own. Our brains don’t like that disconnect and often slide into skepticism. “Was it really that bad?” “Do you really think it was because you’re black?” “Maybe they didn’t mean it like that.” Do any of those sound familiar? Lots of people do this—I certainly have. But just because you haven’t experienced or witnessed something doesn’t make it untrue. These are the kinds of narratives that are essential to listen to, because they are windows outside of the narrow perspective we typically live in, and otherwise wouldn’t see outside of.

Be ready to hear things that make you uncomfortable, but don’t respond with guilt or defensiveness. It’s not about your feelings. It’s okay not to understand. In many ways it is impossible for a white person to truly understand the experience of a nonwhite person in America, just as it is impossible for a man to truly understand womanhood. Maybe you relate, maybe you empathize, maybe you’ve had similar experiences, maybe not. But don’t let lack of understanding transition into disbelief. Just listen with an open heart.

One of the most toxic subconscious narratives that has always helped perpetuate oppression in America is the flawed notion that racism doesn’t affect white people. But unchecked racism is a slippery slope towards apartheid and genocide, and if you think that’s melodramatic I’d suggest a brush-up on global—or even just American—history.

Forget the idea that you are somehow separate from the oppression of black people, of women, of transfolk, of muslims, of minorities of any kind. Even if you rack up all the Privilege Point Cards, this affects you. Learning to care—truly, honestly, deeply—about children, about justice, about the future, about humanity, should beget caring—truly, honestly, deeply—about the struggle of those who don’t look or love like you.

I didn’t say this would be easy. The road to unpacking your own privilege and figuring out what that means for you in the world is painful and awkward. It involves having a lot of difficult and uncomfortable conversations and squirming in your truth a bit. It means unlearning a lot of things that you’ve taken for granted, and it means finding things inside yourself that are ugly and even hateful, and figuring out how to unlearn those too. Do not back down. Do not give up.

People of color have to live inside of these uncomfortable things every single day. White people can bear the burden of educating ourselves about how we participate in and uphold white supremacy every day. We are past the point where we can continue to pretend this doesn’t matter anymore. People’s lives are on the line, and they have been for a long time.

Those racist Nazis in Charlottesville were not “Other.” Their ugly, toxic, hateful ideology was built in the same place that our own unconscious biases were: White America. That’s an uncomfortable truth, right? But it’s true. And the first step towards building accountability for racism in America is becoming accountable for our own participation in it. 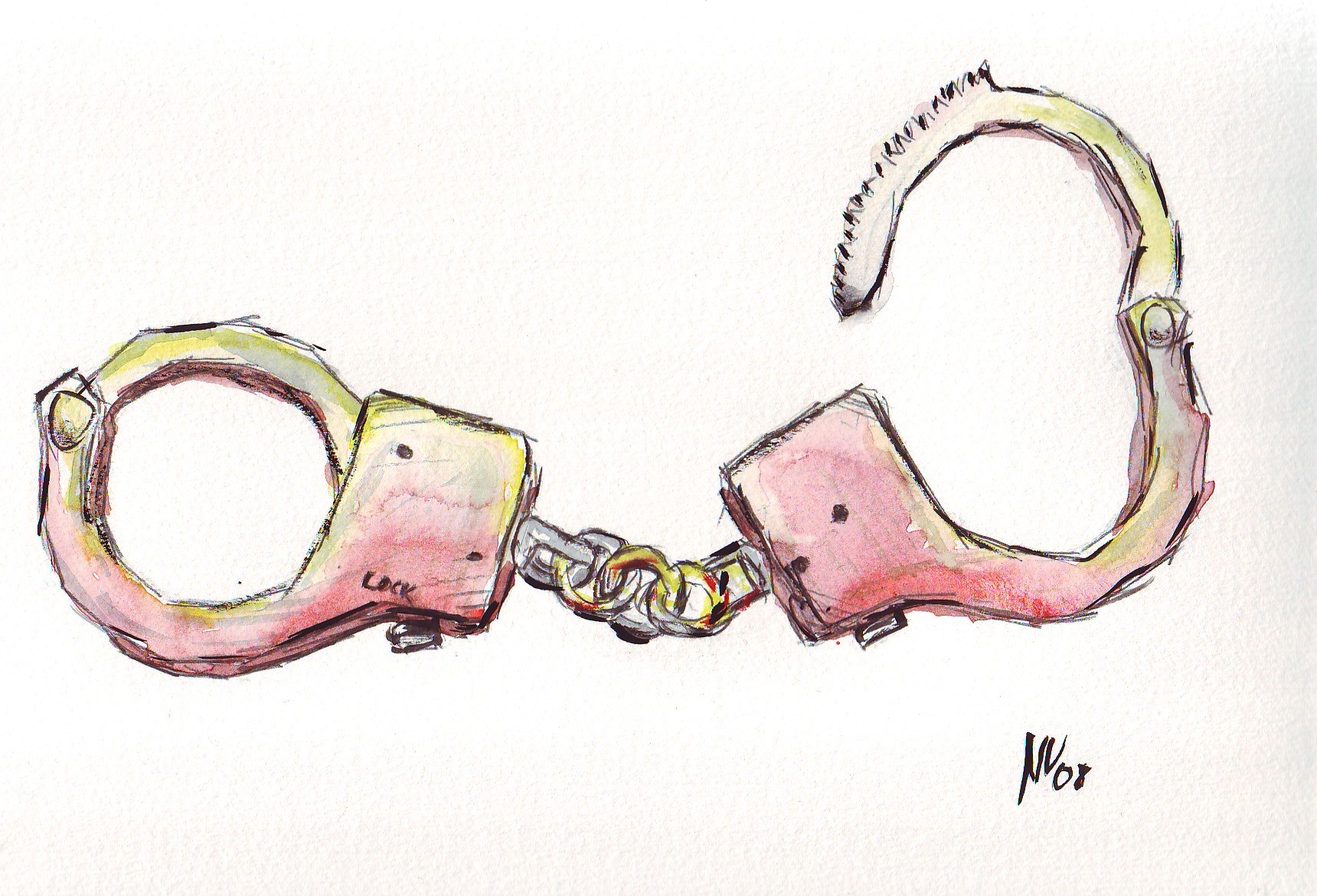