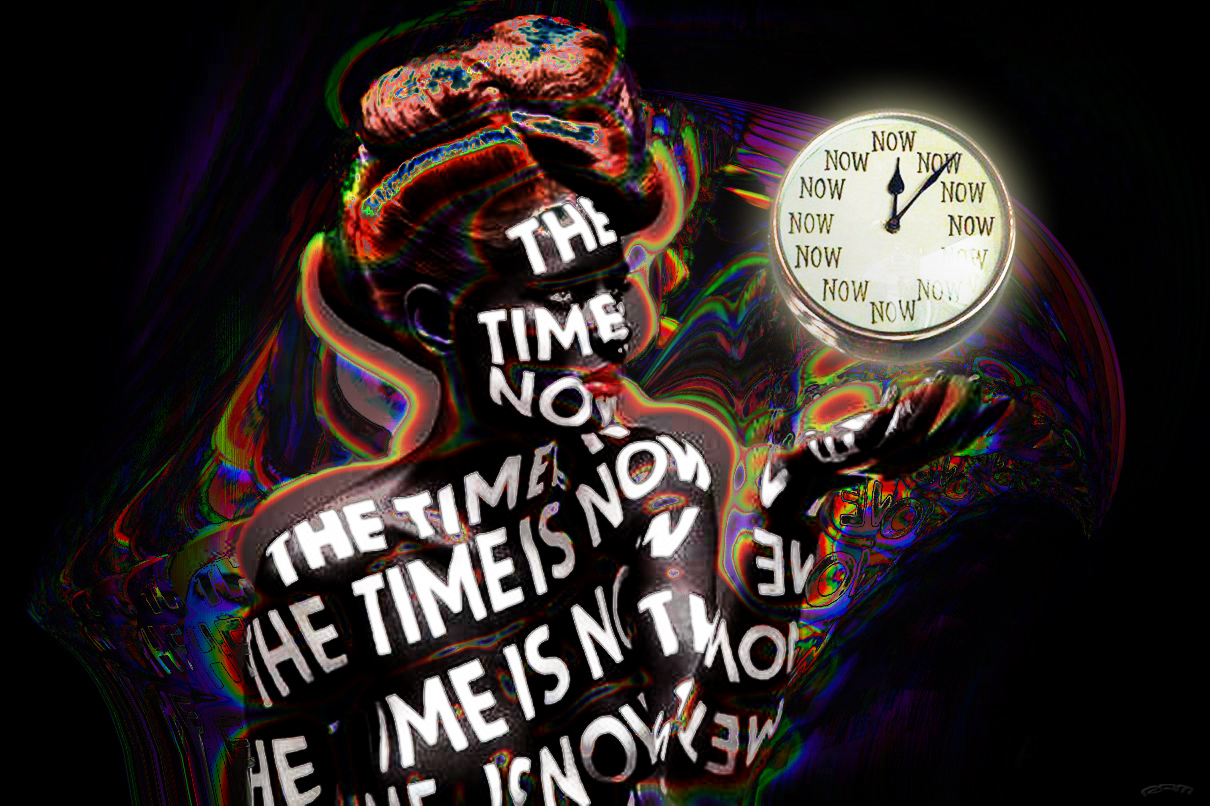 International Women’s Day is a great initiative that brings awareness to women’s issues. This year, the organizers of the Women’s March held an international Day Without A Woman strike. While we can hope that the momentum behind the Women’s March and Strike will keep snowballing, I think it’s important for us all to take some initiative in that department.

This year let’s have a Women’s Week. A Women’s Month– Women’s Year! It’s time to stretch our feminism out in time and scope, so that it encompasses all the people we often neglect to include. Here are 9 simple ways to so that we can empower and support ourselves and each other: today, tomorrow, and in the months and years ahead.

1. International Women’s Day isn’t all about you, but it does include you.

Take today (or this week, this month….this year!) to celebrate yourself. Learn to be at home in your skin – even just a little every day. Be an ally to yourself, especially if you spend every other day picking at your flaws. Practice self care first, before you reach to heal the rest of the world.

Do something that makes you feel the most like yourself. Take time this month to exhale, especially if you are always inhaling to reach forwards, to stretch longer. Today, this week, this month, be good enough for yourself.

2. Support the organizations and initiatives that are doing great things for women right now.

We have yet to see comes after the Day Without A Woman strike, but it is valuable to continue the momentum of the Women’s March movement. The National Organization for Women (NOW), the ACLU, and the YWCA are three of the human/women’s rights giants supporting both the Women’s March as well as other social justice initiatives. Support them with money or outreach, or take a look at the Women’s March partners list for an idea of some critical organizations to support.

Support progressive organizations in any way you can. Volunteer, donate, work for one, share their information and propaganda, come to an informational event. If you have time, but no money, consider volunteering to be a clinic escort at Planned Parenthood, or to help out If you don’t have time, but you’ve got an extra five bucks, here are some great women’s organizations to donate to.

It can be more difficult to find appropriate volunteer opportunities at national-scale organizations, so start in your local community! Volunteer Match and Idealist are great resources for finding local volunteer programs.

3. Learning self-defense is foresight, not victim blaming.
I wish the world wasn’t such a dangerous place for women, but unfortunately, it sometimes is. The makers of these new, allegedly rape-proof underpants have been thrown under the bus in recent weeks for putting the onus of rape prevention on victims rather than perpetrators.

While this is an intellectually reasonable objection, the facts speak for themselves: self defense is a preventative investment. The UN estimates that 35% of all women have experienced physical or sexual violence in their lives. According to statistics collected by RAINN, at least one in every six women (in America) has been the victim of a completed or attempted rape, and college-aged women are 3 or 4 times more likely to be assaulted than women in other age groups.

Violence against women is an enormous problem that should not be blamed on victims. But eradicating rape culture and re-educating potential perpetrators will not happen overnight, and I’d rather be prepared for the world I live in today.

4. Don’t let anyone rewrite your experiences for you.
The challenges you have faced belong to you. Do not let anyone challenge your realities. Wear your truths like armor. They are your armor.

Perspective informs reality. And so, when people experience a world that looks different from yours, they sometimes can’t see past their own biases. They don’t relate to your experiences and don’t understand them, so they dismiss them. It’s not just men. other women have called me reactive or paranoid for talking about my experiences with male violence and misogyny, because those experiences have defined my world, but not theirs. This does not make make my reality less true.

Sexism doesn’t look the same for everyone. This is a two-way street. Different women will have experiences of feminism and misogyny that are different than yours. Affirm and listen to other realities.

5. Learn about the lives and needs of women from all walks of life.
Talk to and read the writings of black women, white women, native and Latina women, conservative women, liberal women. Read their books and academic texts and poetry collections, watch their films.

Consider yourself and the world from a perspective that’s different from the one you’re used to. Ask questions and listen to the answers. Go a few questions deep before you give an opinion. The goal is to understand. It doesn’t matter if you agree.

6. Remember the links between feminism and other social justice struggles.
Women’s oppression is often exacerbated by other social or economic forces. Poverty, for example, or a lack of education, can compound with regular sexism to make it even more difficult or impossible for women to acquire power or be heard.

7….“my feminism will be intersectional or it will be bullshit.”

Because oppressions compound and are difficult to separate, a feminism that only speaks for white women is not really feminism. White feminism erases the experiences of other demographics under the guise of unity or non-divisiveness. The erasure is usually accidental and generally well-intentioned, but the result is still a feminism that speaks for a few while ignoring the diverse experiences of millions of women, or worse, overlooking violence and oppression to uplift a privileged few.

The phrase “my feminism will be intersectional or it will be bullshit” was coined by Flavia Dzodan after seeing this sign at the New York Slut Walk. Worse, white women raced to defend the racist slogan when it was posted on the Slut Walk Facebook page, despite opposition by feminists of color. White Feminists, is this really the best we can do?

Dzodan raged against the hypocrisy of white feminists who fail to defend WoC against racism or deportation, but then rally behind the achievements of other WoC as though those successes are a testament to white feminism.

why are you not standing with your other, local WoC sisters while their bodies are violated; while their sons are sent to prison in the name of your safety; when they cannot find jobs because of institutionalized racism; when they are being deported; when their children are called “anchor babies”; when the State acting in your name sterilized them; when these women are being called N****rs?! How can you morally justify selective solidarity with *some* WoC whose achievements are not unlike a Sisyphus burden while you are not actively working in the causes of the WoC who live around your corner? How can you not see that the two are tragically interconnected?

There is no one-size-fits-all feminism. Feminism must make space for cultural difference, and allow women to define their own wants, needs, and freedoms. Feminists must acknowledge the different struggles that different demographics of women face, and must address these issues individually, and equally.

Solidarity with some women is no feminism at all.

8. Make a conscious effort to ally yourself in solidarity with other women, especially if you find it difficult.
Simone de Beauvoir believed that the whole of the women’s movement has been nothing but a “symbolic agitation” marked by women receiving only what men want to gift them, and taking nothing. She thinks the reason for this failure is that women have no solidarity of work or religion or class or interest like other oppressed peoples do. Instead, they “live dispersed among the males, attached through residence, housework, economic condition, and social standing to certain men – fathers or husbands – more firmly than they are to other women. If they belong to the bourgeoisie, they feel solidarity with men of that class, not with proletarian women; if they are white, their allegiance is to white men, not to Negro women.”

“I get along better with men than women.” Have you said this? I have. Too bad. Try harder. Form relationships of support, respect, and solidarity. Empower the women around you any way you can. Teach girls not to apologize for existing, for being themselves. Teach them to take up space. Help them to find the tools to love themselves sooner. This will be an impossible struggle without true unity.

Feminism means the liberation of all women from oppression. May your feminism after International Women’s Day include yourself, as well as the women whose struggles don’t resemble your own. 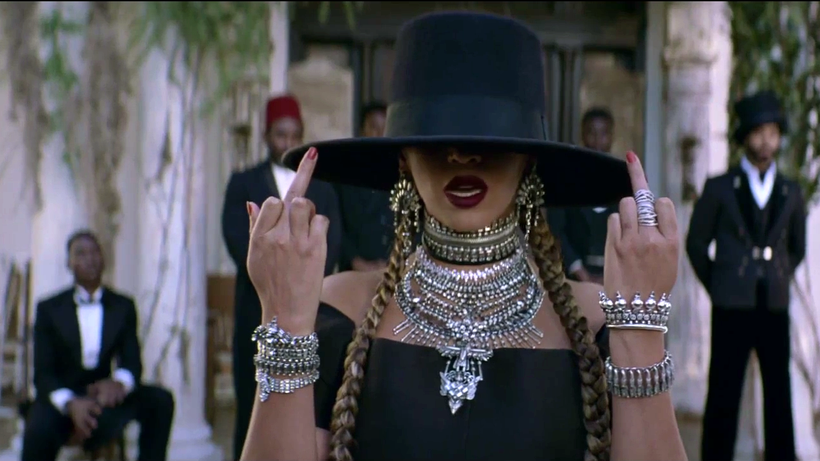 Why Are We So Shocked That Women We Know Were Abused? 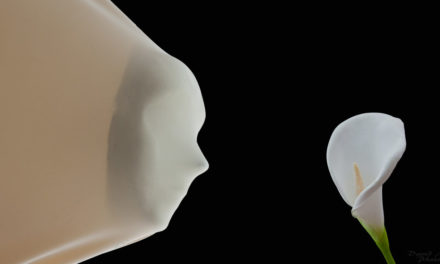